The Washington Department of Commerce has awarded the City of Hoquiam a $900,000 Community Development Block Grant to preserve Olympic Stadium. City Administrator Brian Shay said yesterday that the grant builds on the $504,000 grant the Washington Legislature in 2018 and future funding to complete all of the repairs, restoration work and future enhancements.

The Washington Department of Fish and Wildlife (WDFW) is seeking public input on its draft periodic status reviews for Gray and Humpback Whales. WDFW prepares recovery plans to guide conservation and recovery efforts and periodically reviews the status of protected species in the state. Recommendations in the reviews include...

Continue to the category

Due to forecasted heavy rains this week, the work requiring the closure of the US 101 Simpson Avenue Bridge in Hoquiam has...
Read more

A new dashboard from the state is showing what Washington State counties are affected the most by COVID-19, and how much they...

The Washington State Department of Natural Resources (DNR) is reopening all recreation lands east of the Cascades to recreation beginning Friday, Sept....

Washington Maritime Blue, a non-profit, strategic alliance formed to accelerate innovation and sustainability in the maritime and ocean industries, has been awarded...

The Grays Harbor PUD and Summit Pacific Medical Center are seeking a pair of grants that when combined will expand the utility...

Work to rehabilitate the 1950s-era State Route 107 Chehalis River Bridge in Montesano will reach a key milestone during the last weekend of September. ... 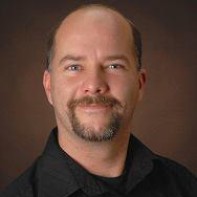 The Washington Department of Fish and Wildlife (WDFW) is seeking public input on its draft periodic status reviews for Gray and Humpback...
Read more
KBKW News

Due to forecasted heavy rains this week, the work requiring the closure of the US 101 Simpson Avenue Bridge in Hoquiam has...
Read more
KBKW News

A new dashboard from the state is showing what Washington State counties are affected the most by COVID-19, and how much they...
Read more
KBKW News

South Bend, Washington – The Pacific County Emergency Management Agency’s (PCEMA) All Hazard Alert Broadcast (AHAB) siren system was tested today. Activation did not occur at three of the 11 sites located in Pacific County. Sites are and continue to be "quiet-tested" daily. Indications prior to today’s audible test indicated all sites were functioning appropriately. The cause of the local malfunction is being investigated.

Sirens are not designed to be heard indoors and the sound may also be impacted by adverse weather. Residents are encouraged to have alternate methods of warning such as NOAA weather radios, which are tested weekly and can be heard indoors.

Citing Environmental concerns over surrounding wetlands the Washington State DOT has dropped the Port of Grays Harbor Property from the list of three potential sites being considered for the State Route 520 Pontoon Construction Project.

The department will issue a press release next week, launching a new comment period for the remaining two sites. Pelley said they will be able to announce a preffered site this spring, but the procedure is to study both sites until the draft environmental impact statement is issued at the end of this year. Only then will a definitive site location be announced.

CHICAGO (AP) -- Paul Harvey, the news commentator and talk-radio pioneer whose staccato style made him one of the nation's most familiar voices, died Saturday in Arizona, according to ABC Radio Networks. He was 90.

Harvey died surrounded by family at a hospital in Phoenix, where he had a winter home, said Louis Adams, a spokesman for ABC Radio Networks, where Harvey worked for more than 50 years. No cause of death was immediately available.

Harvey had been forced off the air for several months in 2001 because of a virus that weakened a vocal cord. But he returned to work in Chicago and was still active as he passed his 90th birthday. His death comes less than a year after that of his wife and longtime producer, Lynne.

"My father and mother created from thin air what one day became radio and television news," Paul Harvey Jr. said in a statement. "So in the past year, an industry has lost its godparents and today millions have lost a friend."

Known for his resonant voice and trademark delivery of "The Rest of the Story," Harvey had been heard nationally since 1951, when he began his "News and Comment" for ABC Radio Networks.

He became a heartland icon, delivering news and commentary with a distinctive Midwestern flavor. "Stand by for news!" he told his listeners. He was credited with inventing or popularizing terms such as "skyjacker," "Reaganomics" and "guesstimate."

"Paul Harvey was one of the most gifted and beloved broadcasters in our nation's history," ABC Radio Networks President Jim Robinson said in a statement. "We will miss our dear friend tremendously and are grateful for the many years we were so fortunate to have known him."

The Montesano School District will be holding two community budget forums on  March 12th at 4:00 p.m. and March 23rd at 7:00 p.m. in the Montesano Jr/Sr High School Commons. If you are interested in understanding the district's financial condition, please plan on attending. The School Board is interested in gathering ideas for consideration.
Read more

Nellie Miller of Neilton was the lucky winner of the Grays Harbor College Foundation’s Mystery Get-Away Weekend event, benefiting the Foundation’s World Class Scholars program. More than $7,000 was raised for the scholarship program with over 100 in attendance.

Once her name was announced Thursday night, Nellie and her husband, Steve, were whisked away in a limousine and are enjoying a three-day getaway weekend in Seattle, including limo transportation, accommodations in the Belltown area of downtown Seattle, tasting tour of the Pike Place Market, musical tickets, lots of snacks and surprises, plus $500 spending money, all compliments of the GHC Foundation. Many students currently enrolled as World Class Scholars helped out at the event.
Read more

Foreseeing a large State budget deficit, the Parks department has been asked to trim ten percent of it's budget, equating to 10 million dollars, State Parks planner Brian Hovis told the crowd "Parks has already cut $3.5 million out of headquarters and regional office budgets, and it has come down to reducing state parks." The department is also considering extending seasonal closures, and shelving needed repairs. The 3.5 million dollars trimmed so far does not help for the 2009-2011 budget, that covers shortfalls in the Parks department's budget ending in 2009.

Hovis, and Regional Director Steve Brand answered hand-written questions after a short presentation on the department's budget. Handouts explained how over 800-thousand dollars in operating expenses would be saved if the state were to either transfer or mothball both Lake Sylvia and Schafer State parks.
Read more
1...1,7791,7801,781...1,783Page 1,780 of 1,783

The Washington Department of Commerce has awarded the City of Hoquiam a $900,000 Community Development Block Grant to preserve Olympic Stadium. City...
Read more

The Washington Department of Fish and Wildlife (WDFW) is seeking public input on its draft periodic status reviews for Gray and Humpback...
Read more

Due to forecasted heavy rains this week, the work requiring the closure of the US 101 Simpson Avenue Bridge in Hoquiam has...
Read more

A new dashboard from the state is showing what Washington State counties are affected the most by COVID-19, and how much they...
Read more