The Cheer Team received recent media attention for an anti-texting and driving project they managed for the Washington Traffic Safety Commission. Cheerleaders developed and distributed brochures and held up big handmade banners visible to passing motorists on Riverside Avenue. 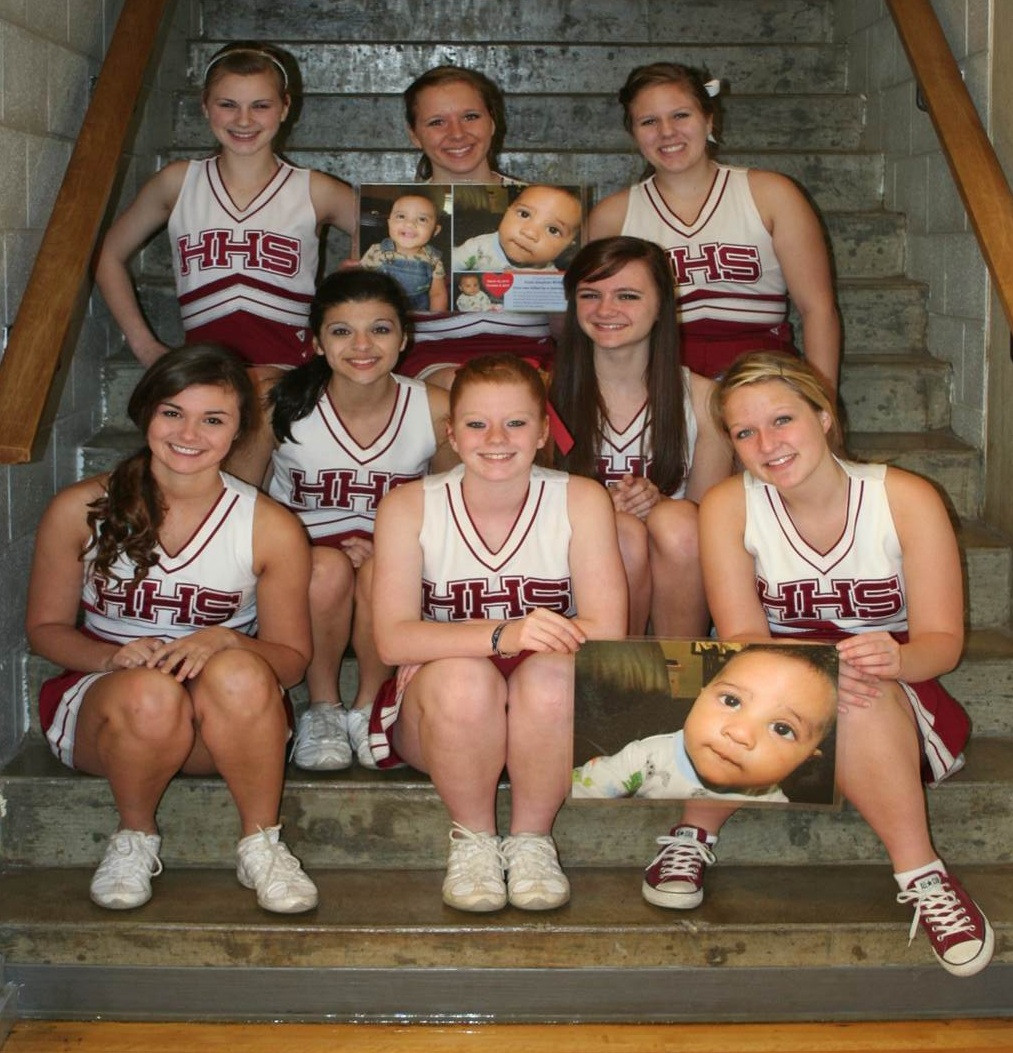 “With this additional State Farm grant, we’re taking on much more, but the basic game plan is the same, we are working to raise public awareness about the incredible dangerousness of texting and driving,” said Charlotte Helland, Hoquiam Cheer Team Coach.

The project is being dedicated to the memory of Enzo Williams, a Bremerton baby killed October 6, 2010 when a texting driver, Sydney Wright, slammed into a vehicle being driven by Enzo’s parents. Sydney Wright is now serving time in prison for the crime and will have a felony record for life.

The cheerleaders will be collaborating with the Hoquiam High School math students to conduct research to determine the extent of the texting and driving and cell phone use problem in Grays Harbor.  They plan to conduct an observational survey of drivers and a knowledge and awareness survey of their fellow students and members of the community.

The research will be followed by more public awareness activities, including the development of a Facebook page and a public meeting, and then more research to determine if they changed attitudes and behavior.

The National Highway Traffic Safety Administration estimates that distracted drivers cause about 5500 traffic deaths and 450,000 injuries each year and cell phone use is the biggest cause of distraction. The age group with the worst number of collisions involving distraction is the under-20 age group, distraction is implicated in 16% of all fatal crashes involving this age group. Researchers estimate that a texting driver is as dangerous as a driver with a legal blood alcohol level of .16, or twice the legal limit.